Chat with us
es de fr nl
Skip to content

Equalizing your ears is one of the first skills that new divers learn and that we practice on every single dive. While building up dives, equalization becomes almost instinctive for many divers. For some divers equalizing remains difficult, frustrating and even painful.

Let’s have a look into the process, the techniques and what can make equalizing problematic.

The anatomy of the human ear

Without going in too many details, the human ear can be segmented in 3 major parts: the outer ear, the middle ear and the inner ear.

The outer ear is at the surface filled with air. When being submerged, our outer ear fills with water and does not cause any issues. The inner ear is filled with body fluids. As a liquid is almost non-compressible, the inner does seldom cause an issue when diving. The middle ear is a dead air space filled with air. When diving the air in the middle ear is getting compressed and puts the ear drum and the inner soft tissues under pressure. It are these pressure changes you experience during scuba diving. As we descend, the surrounding pressure increases, while the pressure in your middle ear remains the same. The imbalance can cause extreme discomfort. 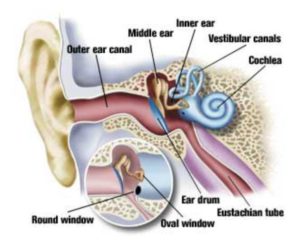 The Eustachian tube makes the connection between our middle ear and our nose. As we are breathing gas at depth, our nose contains air at the same pressure as the environment. The Eustachian tube is made of and surrounded by soft tissue. You can look at it as a balloon. When the pressure in the balloon is higher that the surrounding pressure, the excess air will easily come out. This is what typically happens when you are ascending during the dive. When descending, the balloon holds gas at a lower pressure, pushing the sides to each other thus blocking air flowing into it. In order to equalize the pressure, you must force the sites to open up and let air flow into the balloon.

The Valsalva Maneuver is the most common method and the one you probably learned during your certification. This involves pinching your nose and blowing gently (like blowing your nose in a handkerchief), thereby forcing air to move along the Eustachian tubes and into your middle ear. The excess pressure from the lower part of the Eustachian tube is forced open and allows air to flow in the middle ear. It is effective as long as you use it in a timely fashion. However, if you wait until discomfort occurs to try equalizing this way, it often doesn’t work. If the outside pressure becomes too great, the Eustachian cushions become “locked” shut – and no amount of air will open them. Instead, if you blow too hard, you risk causing damage to your inner ear tissues.

An alternative is to try pinching your nose and swallowing (a method known as the Toynbee Maneuver), or moving your jaw as if you’re about to yawn. These techniques use the throat muscles rather than air pressure to open the Eustachian cushion and are usually more effective if the valves are already locked shut. Of course, the easiest way to avoid this problem in the first place is to equalize before the pressure becomes too great, i.e. every meter of your descent, or before experiencing discomfort.